FOI’s Department for MSI conducts research and development of methods for valuing and developing the relationship between man, machine and system. Maximum use in system during all life cycle requires taking into account their needs, possibilities and constraints in the development of technology, system and methods.
FOI develops systems with emphasis on the interaction between people and technology. The goal is that systems be designed so that human cognitive potential, i.e. the ability to perceive, understand, and sorting information, can be utilized for maximum system effect. Key activities are human information retrieval, information management, situation awareness, operational performance, training and education.

Our work is focused on the interaction between humans and technology and the requirements of tasks. We develop and integrate behavioral and psycho-physical knowledge about human behavior in complex and stressful environments. In addition to studies in the operating environment, we perform various simulations for our customers. We have unique tools for the valuation of human behavior and performance as well as methods for the characterization and modeling of human behavior. Our experience and knowledge of man in military systems enable unique contributions to the development of civil systems. 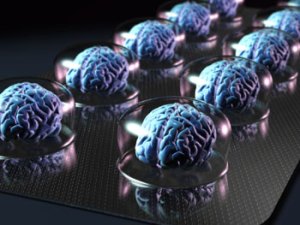 THE MANAGEMENT OF HSI, HUMAN-SYSTEM INTERACTION

Central to our work is that decision makers can benefit from relevant information. Through our research on human-system interaction (MSI) and the management methodology issues, we can determine what the needs are and how they should be met. Often, information fusion is an important detail for the final decision support. The knowledge we create can also support the safety of society in terms of prevention and operational management.
Our biggest customer is the Armed Forces. FOI supports and participates in the development of new management systems by studying and examining management methodology.

Decision-makers need decision alternatives that provide flexibility and added value in a short term perspective. FOI’s Department for Defence Analysis produces data and create methods, tools and working methods that make for good decisions.
Clients are primarily in total defense authorities where operations research groups directly involved in various studies and planning jobs. The department also conducts research and investigative projects for business and for those of the scientific community.

Rapid technological development is making increasing demands on people’s ability to act and function  together with advanced systems. FOI conducts extensive research on human interaction, physiological conditions and limitations.
Humans are a natural component of most modern systems. FOI’s breadth of research in this area provides an overview of the solutions required to get functional systems. Based on human functioning and capacity FOI conducts research in the HSI (human-system interaction), physiology, traumatology and emergency medical care.

Nanotechnology has recently become a term that shows up in everything from medicines and pans to military intelligence systems. Nano is a prefix meaning one billionth, and comes from the Greek word nano, meaning dwarf. A nanometer is one millionth of a millimeter.
FOI conducted research on nanotechnology, even before the concept became so hot that it is today … The knowledge we have built up by the applied defense research can now through FOI training courses may also be other players to share.
(Own additions: National Board of Health Director-General wrote to one of us that they have no responsibility for nanotechnology related to the brain and the research project as the government’s directives are designed today.)

At the department of information systems, we put people first and develop smart solutions ranging from data collection through advanced sensors into innovative presentation system. It provides smart solutions that increase the user’s ability to form an understanding of the position to be able to make better decisions.
Our research spans the entire chain from sensors to decision support. Sensors or arrays of sensors can provide early warning, monitoring events, helping to control the actions and map the extent of the injury. Our research in IT security, communications and electronic warfare are studying how information from the sensors to safely reach the decision maker. There will ensure ago FOI research in data fusion, systems and human-system interaction that the user can understand and translate that information into effective decisions.