For all the governments

For all the governments of European countries (About Mind Control)

One of the most powerful weapons are now targeting some of the civilian population during its development. The weapon is called brain implants and synthetic telepathy. Synthetic telepathy covers mind reading, and artificial intelligence. People who are involved in the development of invasive imaging of the brain and nervous system without their consent has no legal protection, no human rights, and no medical help. Instead of receiving protection diagnosed these people to suffer from a mental illness. Research is conducted 24 / 7 over the aging process.

The most frightening implications of this technology is the serious risk that it facilitates totalitarian control of humans.

It is alarming to governments in this emerging technology masks the effects of the illegal research behind the incorrect diagnosis, that the victims suffer from a mental illness.

Nazi torture in concentration camps with the miniaturization of electronics has moved directly into people’s brains to copy the brain signalsysstem, a procedure that takes the lives of many people who can not coop. It’s about a chip that works as a search engine / ESM systems in the brain. This feature can be “Googling” your memories, read minds just before consciousness and copy your feelings. The chips are described in the future be used to “Googling” directly with the brains of tomorrow’s Internet. The scheme is to give people an expanded memory, be a communication system for the military and an escort system for Alzheimer’s disease.

To retrieve information directly from the brain to evaluate it is called by Swedish professors for alternative nanotechnology diagnostics. The diagnosis affects strangely successful people, this may be because the technology is being abused in secret.

Should it be accepted that automated monitoring of self-learning, computers and brain implants with synthetic telepathy can drive people to suicide? This technology changes the man’s integrity, identity and autonomy.

Should scientists and government representatives who are aware of this research to obtain further confidence when they are aware that these technologies developed through research on civilians without their consent? 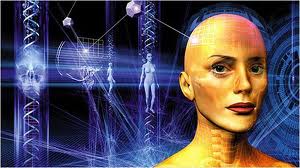 What would you do if you ran into this copying “Cloning” of the brain? When you are looking for help in the rough torture as copying, so did you hear that you had delusions

It is the tax money that pays for this research!

Can we be sure that all the crimes committed by people with voices in his head is disease-related? Could it be that the perpetrators have been manipulated and tortured by the computer-brain integration for committing crimes?

Is the whole research brain implants and related networking technologies a completely lawless area of research?Swedish and European professors warned of this trend back in 2004!

How long has this research been going on in secret?

15 comments on “For all the governments”