Millions of healthy and normal people all over the world complain about hearing foreign voices in their skull (v2k), about being targeted by unknown radiation; about being tormented and raped by this radiation, about that someone is able to read their thoughts (synthetic telepathy) and making comments on them, about getting their memories hacked, about somebody seeing with their eyes/hearing with their ears and commenting those signals.

Those people are called targeted individuals (ti). Their number is constantly growing.

Every day since I started recording live interviews with ti’sabout 3 years ago, I receive at least one e-mail, one phone call or one letter from a desperate ti from all corners in the world. They contact me because I take them serious and listen to them. I do not go into the evil and carefully designedtrap that claims, they are mentally ill. I studied the research from David Icke, Cathy O’Brien, Helmut Lammer och Heiner Gehring that opened my eyes for this covert technology, which targets people since more than 60 years.

The majority of the ti’s are not aware that they are targeted. Otherwise the mental enslavement would not work. But a growing minority is aware of the technology and complain. Thanks to the Internet they can learn about other ti’s and realize that they are not crazy or alone. 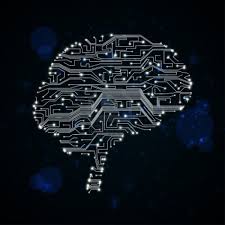 We found out that the secret services of Russia, USA, Israel and Sweden developed the mind control technology using a secret physics: scalar waves. Since the death of James Clerk Maxwell 1879 physicists forged intentionally the Maxwell field equations and put the part describing the scalar waves wrongly to zero, so that today only the electromagnetic wave is explained by the Maxwell equation torso. Thanks to physics professor Konstantin Meyl do we now know a lot about scalar waves. Those being relevant for our body are the magnetic scalar waves. They transport neutrinos quicker than light and penetrate everything, even the whole earth. They transport both, energy and information, enabling them to transfer holographic 3d coloured pictures and thoughts, not build up by pixels.

After long research and waiting I got a hint in Germany about a year ago, that gold protects against mind control. Gold emits destructive interference against scalar waves disturbing the resonance between the chip/DNA in a ti and the beamer in the hands of a criminal secret agent or doctor.

Real ti’s don’t have money, so they can’t afford gold. That’s why we found out that homeopathic gold (aurum metallicum) helps. It is very cheap and available in most countries. Homeopathy does not help with chemical instruments but with physical, simply by waves, constructive and destructive interference. The potencies D12, D30 and C100 gave best results with a lot of ti’s that tested it. Side effects are not known.

We started 2013 a European ti association: European Coalition against Covert Harassment (EUCACH), seated in Sweden. Everybody may become a member.

13 comments on “Gold against Mind Control”