The BRAIN Initiative — short for Brain Research through Advancing Innovative Neurotechnologies — builds on the President’s State of the Union call for historic investments in research and development to fuel the innovation, job creation, and economic growth that together create a thriving middle class.

The Initiative promises to accelerate the invention of new technologies that will help researchers produce real-time pictures of complex neural circuits and visualize the rapid-fire interactions of cells that occur at the speed of thought. Such cutting-edge capabilities, applied to both simple and complex systems, will open new doors to understanding how brain function is linked to human behavior and learning, and the mechanisms of brain disease.

In his remarks this morning, the President highlighted the BRAIN Initiative as one of the Administration’s “Grand Challenges” – ambitious but achievable goals that require advances in science and technology to accomplish. The President called on companies, research universities, foundations, and philanthropies to join with him in identifying and pursuing additional Grand Challenges of the 21st century—challenges that can create the jobs and industries of the future while improving lives.

In addition to fueling invaluable advances that improve lives, the pursuit of Grand Challenges can create the jobs and industries of the future.

That’s what happened when the Nation took on the Grand Challenge of the Human Genome Project. As a result of that daunting but focused endeavor, the cost of sequencing a single human genome has declined from $100 million to $7,000, opening the door to personalized medicine.

Like sequencing the human genome, President Obama’s BRAIN Initiative provides an opportunity to rally innovative capacities in every corner of the Nation and leverage the diverse skills, tools, and resources from a variety of sectors to have a lasting positive impact on lives, the economy, and our national security.

That’s why we’re so excited that critical partners from within and outside government are already stepping up to the President’s BRAIN Initiative Grand Challenge.

The BRAIN Initiative is launching with approximately $100 million in funding for research supported by the National Institutes of Health (NIH), the Defense Advanced Research Projects Agency (DARPA), and the National Science Foundation (NSF) in the President’s Fiscal Year 2014 budget.

Foundations and private research institutions are also investing in the neuroscience that will advance the BRAIN Initiative.  The Allen Institute for Brain Science, for example, will spend at least $60 million annually to support projects related to this initiative.  The Kavli Foundation plans to support BRAIN Initiative-related activities with approximately $4 million dollars per year over the next ten years.  The Howard Hughes Medical Institute and the Salk Institute for Biological Studies will also dedicate research funding for projects that support the BRAIN Initiative.

This is just the beginning. We hope many more foundations, Federal agencies, philanthropists, non-profits, companies, and others will step up to the President’s call to action.

Learn more about the BRAIN Initiative here and here.

The government lacks a regulator who can ensure that the laws for ethical review and informed consent for research on humans with brain implants followed. The shortage means that the Government neither can satisfy the requirements of the conventions on human rights and bioethics incumbent government, a precarious situation for European citizens.Graduate Abuse can happen completely without insight with brain-machine interface and e-science.

When science produces results that are changing the neurobiological description of human consciousness, what is left of the notions that humans have free will and personal responsibility for their actions? New knowledge about the neural basis of morality is blowing also renewed debate about the existence of a universal morality. These questions are discussed within the field of neuroethics, a subject that deals with the philosophical and ethical issues raised by neuroscience and cognitive research. (Centre for Research Ethics & Bioethics )

“The second wave” came creeping – also without objection. A series of inexpensive electronic means such as lasers, the Internet was built for broadband and mobile phone, which is now self-evident part of our everyday lives.
In the “third wave”, it also applies connections to the brain, called brain-computer integration (brain-Macine interface) and related network-based human-machine language. This means both huge benefits but also disadvantages to humans. The disadvantages include complex legal implications, concerning the identity and integrity.

“Can one example understand and exploit the ways in which social and biological systems organize themselves and evolve, will pave the way for the development of new opportunities for next-generation software and network technologies. “
“The understanding of how the human brain works not only leads to innovations in medicine, but it also creates new models for energy, fault-tolerant and adaptive computer technology.”
“FET support example, been crucial for research in quantum information technology in Europe. This technique promises an enormous computing power far beyond the capacity of ordinary computers, and also completely secure communications. By early investments have FET program made ​​a decisive contribution to Europe now is a world leader in the field. “
“In the FET area carries, in addition, pioneering work on new ideas as artificial living cells, synthetic biology, chemical communication, collective intelligence and two-way interface between brain and machine.”

Research Council (Sweden) has published a booklet packed facts pocket “where gold glitters blue” on the new nanoscience. This new technology opens up tremendous opportunities, but also contains a number of ethical issues. Sweden Europe and the rest of the world currently lacks clear ethical guidelines.

Here are quotes from the book written by Ulf Görman, professor of ethics and religious studies at Lund University.
Nanoelectronics! A number of ethical declarations have been introduced to prevent abuse of people, including the Declaration of Helsinki. In 1997, also signed the EU Member States’ Convention on Human Rights and Biomedicine “in the Spanish city of Oviedo.
-These declarations have been added in response to the abuse of people who were in World War II. Oviedo Convention and other European rules have resulted in new legislation in Sweden. For example, the Privacy Act, which came into force in 1998, and the Act on Ethical Review of Research Involving Humans, which came into force in 2004. Ulf Görman believe that when we do a retrospective, it is easy for us to distinguish between unethical and ethical good research.

Now we open the doors to an unknown area where we do not know how to apply ethics.What should it be and what should not be allowed when you can make the electrode implant that can both influence and learn of the brain? He takes up the example of studying learning and memory. “Micro Implants can provide unprecedented opportunities to understand how we learn and remember things, and hence why we forget and find it difficult to learn. While it may be perceived as a form of abuse that like that look in our most private mental world “.

There are important ethical aspects of this. One could of course theoretically able to control brain functions and modify people’s personality. For example, making them more or less prone to aggression or to increase learning ability by adding the chronic stimulation. It’s like with everything else, in that the knowledge is there, you can use it in many ways. Ulf Görman

Swedish and EU researchers possess, in secret, a privilege of the commercial profit hunger to develop these advanced technologies. Researchers may, without obtaining the informed consent and without the approval of an ethics board inject nanotechnology and research on humans, completely “Top Secret”. This is the way to the products, software and network technology is approaching patent application and a commercial launch of the research results, is on its way.

Research where informed consent could not be obtained and an approval of an ethics board would not be due to the physical and psychological risks for the individual is totally unknown, will not stop Swedish an EU researchers. 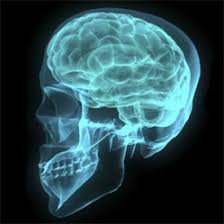 Withholding research reports on the development of new technologies means that the existing diagnosis in psychiatry and the judicial system disposes of the victims of abuse research, which makes these instances of “missing traders” for the illegal research. In this way, researchers will escape detection, and no responsibility. In nanotechnology and human-machine integration is the market and the power that controls, not ethics.

Because of that situation, people are slaughtered with impunity as research objects with the new technologies. When the legislative and diagnostics are missing, the computer-brain integration, it follows that attempts objects during research time exposed to serious torture.Graduate abuses have naturally resulted in the subjects in pure frustration committed ensanity acts and ended up in prison or in psychiatric care. Had the law existed and functioned, this research instead to point out that scientists are forced to drive people “across the border” and charged to the judiciary and mental health.

Although concrete evidence because of evaded research reports are currently lacking, so will future research and patents, of course, be able to uncover this hidden aggravated criminal research.

How much longer must people assaulted, death and / or misdiagnosed before the government makes sure to meet the conventions on human rights and bioethics?
Who takes responsibility for the children that are left homeless when the researchers injected and linked up attempts of people who have family, social welfare and labor?
How many people have died earlier in scientific experiments because of lack of transparency in the Swedish neuroscience hunt for power and money?
How many ensanity acts, traffic accidents, deaths in maternity hospitals, and even political murder has been diagnosed, but no account is taken of nanotechnology and the many years of development of technologies for computer-brain integration and the study of human behavior?

7.5 years of direct connectivity of the brain, the pattern recognition of brain neurons to cognitive behavior (perception), designed with artificial intelligence in a multimedia connection between brain implant and computers.