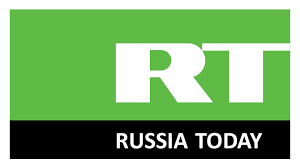 Russian scientists are closer than they have ever been to creating artificial intelligence. The program called “Eugene” has almost passed the famous Turing test, which checks a machine’s ability to exhibit intelligent behavior.

­The program-emulating a personality of a 13-year old boy was exhibited at an international science contest in the United Kingdom along with four other programs.

Even with the exacting criteria, “Eugene” has left all its competitors far behind.

The test was designed by mathematician and computer scientist, Alan Turing over 60 years ago. During the examination a human judge engages in a text conversation with a machine and an actual human being without seeing them. If the judge fails to tell the machine from the human in at least 30 percent of the answers, the program passes.

So far no program has managed to pass successfully but Russia’s “Eugene” has come strikingly close. It deceived human judges in 29,2 percent of the answers.

A total of 29 judges took part in the test with some 150 dialogues taking place.